The plan’s research was completed with the assistance of AECOM, a global leader in infrastructure planning and development. It considered capital costs, operating efficiencies, optimization of construction sequencing to minimize disruptions to ongoing operations, and mitigation of human receptor impacts (air quality, noise, and lighting) as criteria to determine the feasibility and sequencing of container terminal potential at the Port of Prince Rupert.

“Conducting this work ensures we have a clear understanding of the future potential for terminal development and contributes to a vision for the future of our container business to respond to the growing market demand for capacity at the Port of Prince Rupert,” said Shaun Stevenson, President and CEO of the Prince Rupert Port Authority. “The terminal development potential identified in the study ensures that we can accommodate the short, medium, and long term supply chain needs of Canadian exporters while continuing to provide the unparalleled reach, reliability, and speed shippers have come to expect at the Port of Prince Rupert.”

The master planning concluded the potential for further expansion of Fairview Terminal and the development of a second container terminal at the Port of Prince Rupert’s South Kaien Island site. This second terminal features a capacity of 2.5 million TEUs and was identified as the next phase of terminal expansion for the container business at the Port of Prince Rupert following the expansion of Fairview Container Terminal announced with DP World in 2018, increasing its current capacity from 1.35 million TEUs to 1.8 million TEUs by 2022. Both the current Fairview Terminal and South Kaien sites are in close proximity to expanding export logistics operations on Ridley Island, and will fully integrate with these operations following PRPA’s construction of the Fairview-Ridley Connector Corridor scheduled for the end of 2020.

“The Port of Prince Rupert continues to be an important part of CN’s supply chains to and from international markets,” said JJ Ruest, President and Chief Executive Officer at CN. “This strategic port provides a rail connection to key markets and its continued expansion will further solidify the port’s place as a world class gateway. Our recent record capital investments further underpin our commitment to getting Canadian natural resources and consumer products to markets safely and efficiently and the Prince Rupert gateway is key to that strategy.”

The Port of Prince Rupert is among the fastest growing ports in North America and handled a record 1 million TEUs and 27 million tonnes of cargo in 2018.

“Our planned container terminal capacity expansion ensures Canadian shippers will be able to meet their supply chain needs well into the future and Canada will be well-served in meeting its objectives of growing trade in the Asia Pacific region,” added Stevenson.

It is expected that the Port of Prince Rupert will become Canada’s second largest port in the next 5 years. 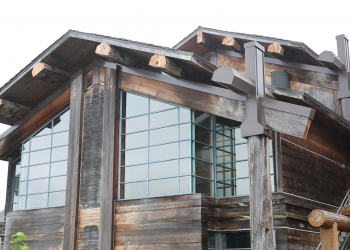 The Chatham Building Complex, one of Prince Rupert’s most iconic architectural landmarks, has undergone the first phase of a revitalization project aimed at protecting the multi-use building from the elements. This portion of the project was made possible through a partnership between the Prince Rupert Port Authority’s (PRPA) Community Investment Fund and the Museum of Northern British Columbia (MNBC), with additional funding from the complex’s strata partner Gitxaala Nation. Read More 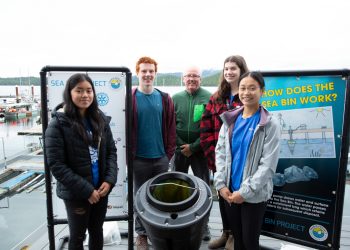 Six new trash collection devices, specially designed to reduce ocean pollution, have been installed at four marinas around Prince Rupert and Port Edward. The Seabins were purchased by the Prince Rupert Rainmakers Interact Club thanks to a $27,500 investment from the Prince Rupert Port Authority’s (PRPA) Community Investment Fund. Read More 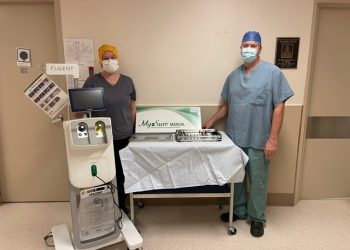 The Women’s Wellness Centre and Colposcopy Clinic at Mills Memorial Hospital in Terrace is now better equipped to serve patients from across Northwest BC thanks to a $19,500 Prince Rupert Port Authority (PRPA) investment. The Dr. REM Lee Hospital Foundation received the contribution by way of PRPA’s Community Investment Fund to support the purchase of a new OmniScope Hysteroscopy and Fluent Fluid Management System, saving patients from travelling outside the region for critical diagnostic and follow-up treatments. Read More