The Port Edward Historical Society has launched a 20,000-square foot restoration project at the oldest remaining intact salmon cannery on the West Coast of North America.

Celebrating its 125th anniversary in 2013, North Pacific Cannery has become an important institution for the preservation of identity and culture of the people of the Skeena and North Coast region. Many members of the local community today are former Cannery workers, descended from cannery workers, or even born in the NPC village. Representing the factory operations and employee living quarters of a multi-ethnic workforce, the heritage site retains much of the original architecture, including a working cannery line, showcasing an integral part of BC’s industrial and economic history to thousands of visitors from across the globe every season.

For years, many spaces on site were deemed unsafe for public use. Thanks to our funding partners like PRPA, we will soon expand guest capacity at NPC from 250 to over 800, allowing us the respond to growing opportunities as a destination for visitors and community events.

The site is stewarded by the Port Edward Historical Society, a registered charity with a purpose to preserve, restore, interpret and grow North Pacific Cannery as a living museum that illustrates the historic lifestyle of the West Coast fishery. Recognizing NPC’s significance on a national and global scale, the Society has begun the process of having the site designated a UNESCO World Heritage Site.

The 18 hectare site has sustained significant wear and tear since it was constructed in 1889.  North coast weather and age have all contributed to the degradation of 29 buildings and supporting infrastructure, much of which has been repaired or restored through various projects since 2009. With a contribution of $200,000 from PRPA in 2014, the Port Edward Historical Society was able to begin the final piece of an intensive five-year $2.3 million restoration effort — restoration of the cannery’s original working dock.

The working dock restoration project increases the capacity for North Pacific Cannery to host large community functions and special events, further enhancing its role as a special destination for residents and visitors alike.  Moreover, the project itself is providing a learning ground for young workers as they learn trade skills in carpentry and marine and heavy construction in a unique heritage site environment.

“The volunteers and staff of the Port Edward Historical Society do a fantastic job of curating North Pacific Cannery, having created a living museum and a legacy that residents of this region take great pride in,” said Ken Veldman, PRPA’s Director of Public Affairs. “North Pacific continues to play a significant role in supporting the vibrancy of our communities today, just as it has done throughout the 20th century.”

For more information on the North Pacific Cannery, or how to become more engaged with the Port Edward Historical Society, visit their website at northpacificcannery.ca 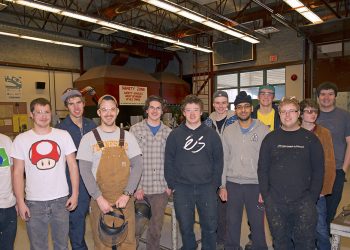 A partnership between local industry and educational institutions has resulted in the creation of new skilled trades programs for Prince Rupert and surrounding communities.
Read More 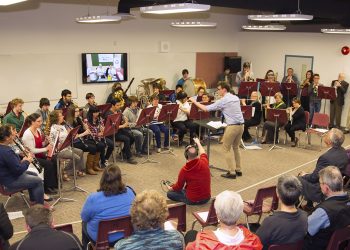 A new building on the campus of Prince Rupert’s Charles Hays Secondary School is providing a dedicated space for the community’s many performing arts groups.
Read More 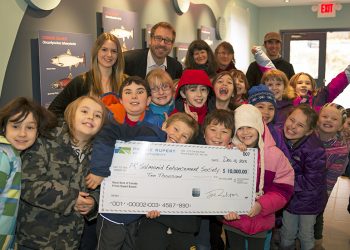 The Prince Rupert Salmon Enhancement Society has completed a hands-on learning environment for residents and visitors to discover the importance of local salmon stocks.
Read More